Tokyo’s Higashimurayama City, located in the northeast area of the Tama region, is a bastion of the nation’s history. The city is full of surprises like Tokyo’s oldest structure, a massive iris garden, natural green spaces that are home to some of Japan’s most influential historical battle sites as well as a a folk museum celebrating the city’s historical transport role.

In June at Kitayama Park enjoy the flowers in full bloom.  Kitayama Park is a park with abundant nature against the backdrop of the Sayama Hills, and has been selected as one of the 100 New Tokyo Views.
Surrounded by abundant water and greenery, about 600 kinds of 8,000 stocks and 100,000 irises bloom in early summer. In autumn, you can enjoy seasonal flowers, such as the blooming of cluster amaryllis, which is being maintained by volunteers from the “Manju Saka no Kai”.
In addition, many wild grasses grow naturally in the park, and you can see many wild birds gathering in and around the pond and resting their feathers.

Koyama Fruit Garden offers an all-you-can-eat buffet of organic large pears.  Here, weather conditions do not affect the opportunity for fruit picking as grapes are harvested inside a plastic greenhouse. Grape picking can be enjoyed without time restrictions during the main operating hours (10:00 am – 4:00 pm), so you can enjoy this experience like a picnic. You may bring your own lunch, but please be sure to take your garbage with you when you leave. This fruit picking service is closed as soon as the grapes run out regardless of the schedule. Check before visiting. 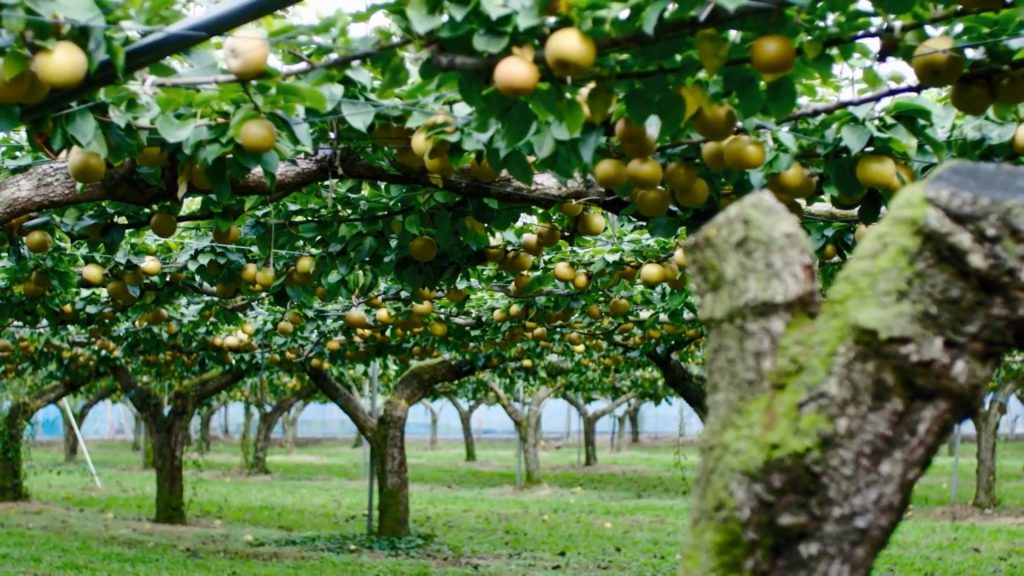 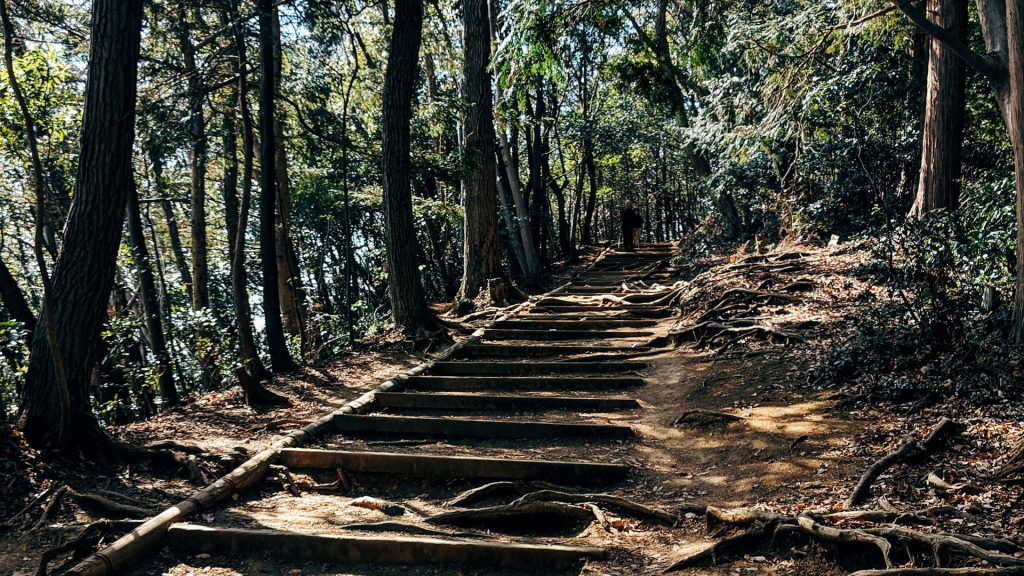 Shown in the Totoro movie, the forest was moded after Hachikokuyama Park.  Located on the east edge of the gently spreading Sayama Hills. It is a precious Greenland with grove of various trees including quercus serrata and quercus acutissima (sawtooth oak), where you can find various kinds of wild birds and insects. Hachikokuyama (‘8 province mountain’) is said to be named from the fact that from the peak of the mountain (89.4m above sea level), one could view mountains in the 8 surrounding provinces of that time (Kamitsuke, Shimotsuke, Hitachi, Awa, Sagami, Suruga, Shinano and Kai). The area was an ancient battle field during the Kamakura Period (12th-14th centuries), and the Shogunzuka mound was established at the peak to commemorate Yoshisada Nitta, the head of the Minamoto Clan (Genji) to honor the conquest of Musashino.

Known for their famous black fried noodles in Higashimurayama, enjoy food and drinks after a day of exploring the city at Nidaime Kotaka.